The production Tab is where you get to do most of the work. Production Tab dives you an isometric view of your factory. The layout is procedurally generated for every mission and consists of tiles grouped into buyable zones. 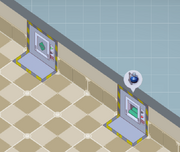 Import/Export Ports are randomly placed during level generation on the walls of the factory. They can't be moved, bought or sold. Each port can act as an import of a single type of ingredient or an output for any amount of finished cures.

When a new cure first reaches an export port, a notification proposing to name it will appear in the top right corner of the screen.

Factory consists of zones, grouped into "buildings", separated by impassable space. Zones vary in size and shape. Each zone contains 1 or more Import/Export Ports. Each mission starts with a single zone owned by the player, and extra zones can be bought by clicking the price tag in the centre of that zone. Cost varies depending on a zone and cost of all zones will increase for each previously bought zone.

You can only buy zones that are adjacent to zones you already own or are connected to them via a dotted line between different "buildings". 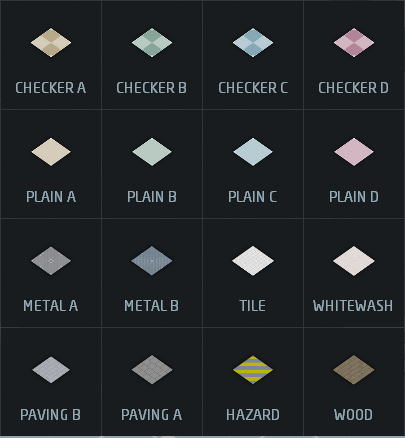